Thursday, April 8th 2010
Tweet
Share
3 has launched a new service enabling people to have an internet connection inside their cars. 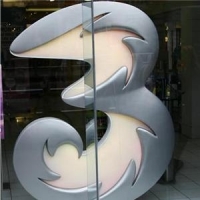 The company premiered In Car Wi-Fi at the Gadget Show in Birmingham, with a compact modem that connects car users to a 3G network in order to create a personal Wi-Fi hotspot.

It means that people will be able to access the internet inside their cars by using devices such as the iPod Touch, Nintendo DSi XL and Netbook, without the need for wires.

David Kerrigan, Head of Internet Services at 3 UK, revealed that the company's research suggests more than 25 per cent of the population are interested in having the internet in their cars.

"Mobile workers can check traffic information and email on route to a meeting and kids can social network or download tracks to an iPod Touch while on a road trip," he added.