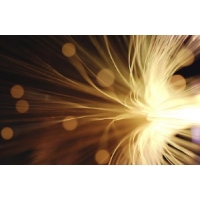 A new report from global tech company Cisco Systems has predicted average broadband speeds in the UK and around the world will double within the next four years.

According to the company's latest Visual Networking Index Forecast, UK average broadband speeds currently stand at 23.2 Mbps, but this figure is expected to rise to at least 50 Mbps by the end of 2019.

Growth in video content has been predicted to be the driver of the lion's share of bandwidth usage (79 per cent), while annual global traffic is predicted to exceed two zettabyte (2,000,000,000,000 GB) for the first time.

Cisco vice president Doug Webster said: "It took 32 years - from 1984 to 2016 - to generate the first zettabyte of IP traffic annually. However, as this year's Visual Networking Index forecasts, it will take only three additional years to reach the next zettabyte milestone."