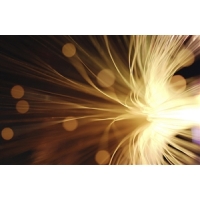 BT has announced that an additional 300 locations in the country are set to benefit from the installation of superfast broadband technology.

The move means that approximately four million homes and businesses will gain access to speeds of up to 40Mb broadband.

Work to upgrade the exchanges is scheduled to take place in autumn this year and summer 2011, with the majority of designated areas being within London and the south-east.

Other regions to benefit will be parts of the north-west, the Midlands, Yorkshire and the east of England under BT's plans.

Ofcom recently unveiled proposals that will compel BT to share its fibre-optic network with other broadband providers.

BT will also be required to share access to underground ducts and telegraph poles that carry telephone lines, as part of the regulator's plans.

Ofcom said the move would assist in widening consumer access to superfast broadband.