Friday, March 22nd 2013
Tweet
Share
The arrival of 4G mobile broadband in the Northern Fells has been praised by Invest in Cumbria. 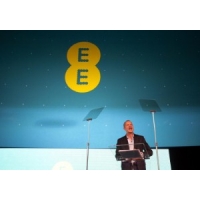 Super-fast mobile broadband has the capacity to change the way people in Cumbria's Northern Fells live and do business, according to Invest in Cumbria managing director John Grainger.

Network operator EE announced this week that it is rolling out 4G throughout the rural area, with 84 per cent of the local population set to be covered by this summer.

Once the service goes live, residents will be able to take advantage of average download and upload speeds of 8-12Mbps and headline rates of more than 20Mbps.

Commenting on the launch, Mr Grainger said the arrival of 4G broadband in the Northern Fells is "great progress" and a "big moment" for residents and businesses in the area.

"This will be a massive benefit to the local community, changing the way we live and do business," he explained.

The Invest in Cumbria chief added that the county has lobbied for years to be included in the digital revolution, but has been consistently overlooked by service providers.