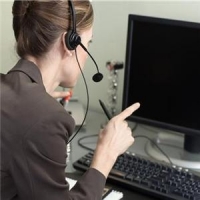 Companies are increasingly turning to hosted IP PBX systems as the best way to run their business voice-over-internet-protocol (VoIP), business broadband users may be interested to discover.

David Lemelin, practice leader and senior analyst at In-Stat, has claimed that this can provide a higher average revenue per user and a system which can be easier to control.

He said that IT managers will be able to manage, secure and integrate this broadband application far more effectively than with other forms of VoIP.

Mr Lemelin predicted that the momentum in this area, which has been stunted for the last few years, will resume over the next 12 months.

Recent figures published by In-Stat have found that broadband IP telephony will double between 2008 and 2013, with single-user applications being a key driver behind this trend.