Tuesday, March 26th 2013
Tweet
Share
A new report predicts a surge in LTE customer numbers between now and the end of 2014. 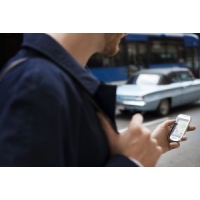 The global number of 4G Long-Term Evolution (LTE) mobile broadband subscribers is set to more than double in the next two years, according to a new report from Juniper Research.

Super-fast mobile network deployments are gaining momentum, with UK operator EE aiming to cover 98 per cent of the population by the end of 2014.

With this in mind, Juniper predicts that 4G customer numbers will climb from an estimated 105 million in 2013 to just under 220 million next year, driven by the embedding of LTE technology in consumer devices.

While migration towards 4G services is expected to follow an evolutionary path in developed markets such as the UK, the study sees an opportunity for operators in emerging markets to bypass 3G altogether.

The report comes in the wake of similar research published by IHS iSuppli, which predicted that LTE subscriber numbers will reach 198.1 million this year, representing an increase of 115 per cent on last year's figure.