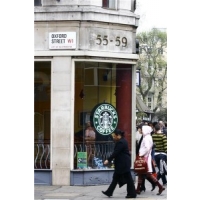 The introduction of wireless broadband services can open up new opportunities for retailers and other businesses, according to consumer insight organisation Kantar Worldpanel Comtech.

Imran Choudhary, client manager at the organisation, cited the example of global coffee chain Starbucks, which is "very strong" on advertising the free Wi-Fi access it offers to customers.

Hundreds of the company's coffee shops across the UK offer customers the ability to connect to a wireless internet service powered by BT Openzone at no cost. Although each browsing session lasts for two hours, users are allowed to reconnect for free once this time has passed.

"It's that culture where they welcome people to come in and spend quite a few hours there," Mr Choudary explained.

Many other businesses are heading down a similar path to Starbucks as they believe wireless broadband technology is a potential driver of footfall, he claimed.

"It could be that you're in the centre of London or a big city and you're in a retailer where you might not even spend masses of time in there ... but if it offers Wi-Fi that's potentially another hook to get people into the store," the expert added.

Mr Choudary's comments come shortly after a survey from The Mystery Dining Company revealed the majority of hotel guests who regularly take advantage of Wi-Fi during their travels would rather be offered free, capped access than an unlimited wireless broadband service with a subscription fee.

Wi-Fi was described as an important factor in choosing which hotel to stay in by at least eight in ten respondents, while 99 per cent argued they should automatically receive free wireless internet access if they have paid £100 or more for a room.

More than three-quarters said they would be prepared to head to a part of the hotel dedicated as a free Wi-Fi zone in order to get a faster and more reliable service.