Monday, January 20th 2014
Tweet
Share
Residents in the Lancashire village of Wray have been connected to fibre optic broadband thanks to the B4RN initiative. 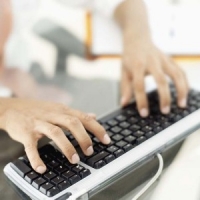 Homes and businesses from a rural village in Lancashire are celebrating after being connected to fibre optic broadband.

The rollout in Wray has come thanks to a community-based project that was set up to improve services in areas that have not been included in commercial installations carried out by BT, reports the Lancaster Guardian.

Broadband for Rural North (B4RN) connected the first premises in the village to the network on New Year's Eve, but yesterday (Sunday 19th January), the next phase of the initiative came to fruition.

One resident who has benefitted from the rollout is Richard Johnson, who lives on Winder Farm.

He explained the next-generation service has already brought vast improvements to his homelife saying, "We can now watch all sorts on iPlayer and catch up TV with no buffering. The connection is far more reliable than my original connection, I never need to wait for anything to buffer."