Wednesday, May 20th 2015
Tweet
Share
Superfast broadband connections are being sought by the majority of UK house hunters. 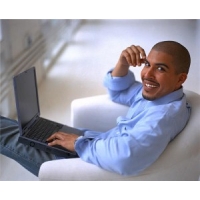 New research has revealed the ambitious nature of UK house hunters when it comes to securing a property with the best possible broadband speeds.

Such is the ubiquitous nature of the internet in the modern world that more than two-thirds (72per cent) of respondents to a recent poll by ISPreview.co.uk stated they would reject a property that met all their criteria for moving, but which had a slow internet connection.

Responding to the results, Founder of ISPreview.co.uk Mark Jackson commented: "It’s interesting to find that the vast majority of respondents to our survey would only tolerate, as a minimum, a broadband speed of above 25 Mbps."

He added that the fact the government has now made the delivery of this level of connectivity a priority for 95 per cent of the nation within the next two years is therefore good news for the UK's homebuyers.