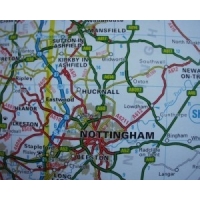 Nottingham City Council (NCC) boss Jane Todd has highlighted the potential benefits that would be seen if the location is chosen as the first in the UK to get a 4G mobile broadband service.

The local authority is one of ten city councils applying for the government's Urban Broadband Fund, which will provide public money to subsidise the rollout of super-fast fixed-line and mobile broadband services in areas that are set to miss out on private sector deployments.

Speaking to the Nottingham Post, Ms Todd said the impact of next-generation digital infrastructure on the local economy should not be underestimated.

The NCC chief executive commented: "How exciting would it be for Nottingham to be the country's first 4G city?"

Businesses would be able to take advantage of improved connectivity and increased efficiency if the mobile broadband technology was rolled out in the area, putting Nottingham in a "much stronger position" to cope with future business requirements, she declared.

Alex Ball, executive assistant responsible for housing and regeneration at NCC, explained several organisations - from property development firms to IT companies - are working with the council on its application.

"This isn't just a city council bid, this is a total Nottingham bid, so we are really pleased to be working with partners all the way across the spectrum," he said.

"We are all coming together because we know this is a really big thing for Nottingham."

The successful applicants for Urban Broadband Fund cash are set to be announced by Chancellor George Osborne in next month's Budget speech. The ten core cities are bidding for the money, while the UK's four capitals - Belfast, Cardiff, Edinburgh and London - are all guaranteed to receive a share of the funding.