Friday, March 23rd 2012
Tweet
Share
Ofcom has been urged not to grant Everything Everywhere a head start in the rollout of 4G technology. 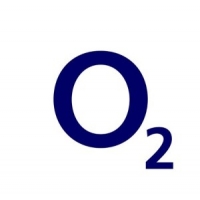 O2 is the latest network operator to hit out at plans from Ofcom that could see Everything Everywhere begin the rollout of 4G mobile broadband services this year.

Under the proposals, Everything Everywhere - owner of the Orange and T-Mobile brands - will be allowed to re-use its existing spectrum to deliver 4G.

This would effectively give it a head start over its rivals, which will need to wait for the forthcoming auction of mobile spectrum until they have sufficient airwaves to roll out their own super-fast mobile broadband services.

According to Ofcom, the move would not distort competition in the market and would potentially bring major benefits to consumers in the form of faster mobile broadband speeds and, possibly, enhanced coverage in rural communities.

However, O2 argued that allowing one operator to begin delivering 4G before the others could have a damaging effect on the sector as a whole.

"We are concerned that Ofcom's other proposal to allow one operator to launch 4G early on its existing spectrum is contradictory to its objective of delivering a competitive market environment with four competing players," the carrier explained in a statement.

O2 went on to warn that its opposition to the proposals could hamper the rollout of 4G, commenting: "This could expose the process to further risk of delay."

This is the latest criticism to be levelled at Ofcom's proposals regarding Everything Everywhere.

Earlier this month, Vodafone chief executive Guy Laurence said all the other companies in the market will require additional spectrum to deliver 4G, meaning the regulator's plan will "deal a terrible blow to competition in the UK".

Network operators have previously been warned not to disrupt the 4G rollout with further in-fighting.

The Commons Culture, Media and Sport Committee claimed the "constant disagreement" between the four carriers had resulted in further delays to the process.