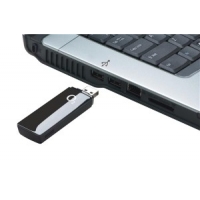 The regulator found 17 per cent of UK households use mobile broadband to access the web, with seven per cent relying on the technology as their only means of getting online - up from three per cent in 2009.

In partnership with Epitiro, Ofcom discovered the average download speed available to customers using dongles and data cards stood at 1.5Mbps between September and December 2010.

Over the same period, it took 8.5 seconds to load a typical webpage.

As expected, this leaves mobile broadband lagging substantially behind fixed-line connections in terms of speed.

When the organisation conducted a similar trial on landline-based broadband at the end of last year, an average download capability of 6.2Mbps was recorded and most webpages were loaded in less than half a second.

However, in areas with strong 3G coverage, consumers could expect to receive mobile broadband speeds of 2.1Mbps at off-peak times and 1.7Mbps during the busy evening period.

Ed Richards, chief executive of Ofcom, said the study helps to give a clearer picture of the performance offered by data cards and dongles.

"The research is another important step in Ofcom's efforts to ensure that consumers have the information they need to exercise their choice effectively and to make the most of competition in the market," he added.

As well as delivering webpages faster than its rivals, O2 was praised for offering the best customer service of any mobile broadband provider in a poll conducted by JD Power and Associates earlier this year.