Wednesday, April 10th 2013
Tweet
Share
EE has laid down the gauntlet with its plans to double 4G speeds and capacity, Ovum has said. 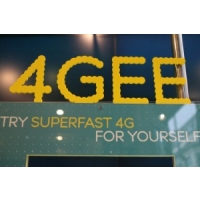 EE's decision to double the speeds and capacity of its 4G super-fast mobile broadband network makes things very challenging for the carrier's competitors, according to Ovum.

The operator announced this week that it will double the amount of 1,800MHz spectrum bandwidth given over to the provision of 4G services, from 10MHz to 20MHz.

This move will allow users in ten cities - Birmingham, Bristol, Cardiff, Edinburgh, Glasgow, Leeds, Liverpool, London, Manchester and Sheffield - to enjoy average speeds of more than 20Mbps, with headline rates of over 80Mbps.

Commenting on the development, Ovum telecoms regulation analyst Matthew Howett said the launch of faster speeds will make it more challenging for EE's rivals to play catch-up when they roll out their own 4G networks later this year.

"By doubling the amount of spectrum ... the network should have the capacity to support an increasing user base in the months to come without impacting on the customer experience," he added.