Thursday, February 5th 2015
Tweet
Share
Details of the UK's publicly-owned digital infrastructure have been released by the government. 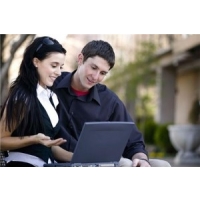 Details of more than 13,000 miles of publicly-owned digital infrastructure spanning the whole of the UK have been revealed by the government, alongside a pledge to improve access to the network in the years ahead.

The Cabinet Office has stated more than £1.5 billion of taxpayer funding is put towards public sector networks - including signal masts, fibre optics and cables - every year, but until now there has been no detailed map of these assets for the government to draw upon. However, this is an issue that has now been rectified.

Minister for the Cabinet Office Francis Maude stated: "As part of this government's long-term economic plan we are determined Britain has world-class digital infrastructure."

He added that understanding the whereabouts of all digital assets across the country will ensure improved coverage for communications services in the coming years and ensure investment can be focused on those areas that are most in need.