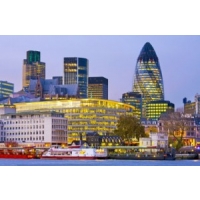 Up to 2,000 businesses operating out of London's Tech City development are to receive a major boost to broadband speeds in the months ahead.

Virgin Media Business has announced a new deal that will see the installation of new fibre-to-the-premises connections at Tech City, with a focus on the rollout of faster broadband for properties with shared occupancy.

The plans are expected to benefit up to 2,000 small to medium-sized enterprises (SMEs) at the development as part of a first phase rollout, but this figure could rise to more than 6,000 by the end of the project.

It follows recent criticism from company bosses at Tech City, with many stating the current provision of broadband services in the area are not up to scratch.

Digital Economy Minister Ed Vaizey commented: "Virgin Media Business's new offer to Tech City businesses is a brilliant example of the many innovative products available to SMEs and will play an important role in removing barriers to better connectivity."