The Cloud to roll out Wi-Fi at 23 stations

Thursday, February 23rd 2012
Tweet
Share
Some 23 stations are set to benefit from advanced Wi-Fi services thanks to a new deal between The Cloud and First Great Western. 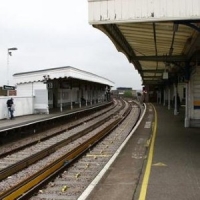 First Great Western has announced it will roll out free wireless broadband services to 23 stations in partnership with Sky-owned Wi-Fi provider The Cloud.

The technology, which will be available on concourses and platforms, and in waiting rooms, is set to be introduced to 13 stations on First Great Western routes, including Ealing Broadway, Maidenhead and Oxford.

Existing Cloud Wi-Fi services will be revamped at a further ten stations - such as Bath, Bristol and Reading - as part of the extensive project.

More than 64 million train journeys are made from the 23 stations every year.

The rollout will allow customers to access a high-speed internet connection, meaning they can take advantage of online services such as audio and video streaming, reliable email access and up-to-the-minute travel information.

Robert Jackson, station contracts manager at First Great Western, said many travellers now expect to be able to access the web wherever they are, particularly when looking to pass the time during their commute.

"The popularity of Wi-Fi - as seen in stations with existing connectivity - made the decision to expand and upgrade a very easy one to make," he remarked.

Managing director of The Cloud Vince Russell pointed out that "millions of people" received wireless-enabled devices such as smartphones, games consoles and ereaders as Christmas presents, and many of these consumers will be keen to use the devices while waiting for trains.

"Wi-Fi provides an excellent and consistent connection which, as many travellers will recognise, is not always possible when travelling across the country," he added.

The move comes just a matter of months after Eurostar, the high-speed rail service connecting the UK and the European mainland, announced a deal with Nomad Digital to roll out Wi-Fi access across its existing train fleet.

Unveiled last September, the agreement is part of a £700 million investment in Eurostar's trains.