Wednesday, October 20th 2010
Tweet
Share
Distance learning could become more popular as students look to save money, it has been claimed. 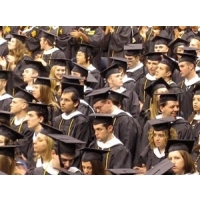 Andrew McGrath, commercial director of the business broadband provider, pointed out that many analysts have claimed the proposals to increase tuition fees could lead to tertiary education becoming "a privilege, not a right".

He said if the government implements the plans laid out by Lord Browne, prospective undergraduates may look into the possibility of distance learning in a bid to lessen the financial strain of university.

Writing on the broadband company's blog, Mr McGrath commented: "Innovations such as podcast lectures and seminars via videoconference could mean that more students are able to get a great education, without breaking the bank."

Last month, the Virgin Media Business representative said distance learning could also help with the problem of overcrowding at universities throughout the UK.

He noted that tens of thousands of students were unable to secure a place at a higher education institution in summer 2010.