Wednesday, February 18th 2015
Tweet
Share
A new tender to achieve 100 per cent broadband coverage for Wales has been unveiled. 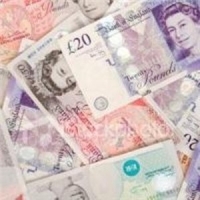 The Welsh Assembly Government has announced the launch of a new tendering process that will aim to fill in any gaps left following the rollout of superfast broadband coverage by network operator BT in the years ahead.

Set to cover a seven-year period, the tender has been valued at between £1 million and £3 million and will aim to cover the remaining four per cent of areas not covered under the ongoing Superfast Cymru rollout scheme. The new tender will also focus predominantly on business premises.

A spokesperson for the government stated: "Our partners in Superfast Cymru, BT, are making excellent progress in often difficult conditions in bringing superfast broadband across Wales."

They added that the initiative remains on track to achieve its goal of 96 per cent coverage by mid-2016 and this latest tender will be in addition to any work currently being carried out by BT and its engineers.