4G could be crucial for rural broadband, says Timico chief 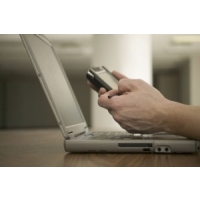 Trefor Davies, council member at ISPA UK and chief technology officer at Timico, has suggested that 4G could be one potential solution for helping rural and isolated areas access super-fast broadband.

Mr Davies pointed out that the wireless nature of 4G coverage mean it avoids many of the problems associated with laying down cable in remote parts of the UK.

He added: "4G could be a solution for it, but we won't really know who is going to deploy it or where until after the auctions."

These are due to happen at the end of the year, with Ofcom expecting a spectrum sale that will be 80 per cent bigger than the one carried out for 3G.

The Timico chief pointed to Germany, where spectrum was auctioned off on the condition that rural areas were given priority services by companies, as one potential model.

Scotland recently launched a £5 million funding pot for rural broadband, in a bid to stimulate economic growth across all parts of the country.

Cabinet Secretary for Infrastructure and Capital Investment Alex Neil argued that fast internet access should not be seen as a luxury.