Be and O2 report growth in broadband customer numbers 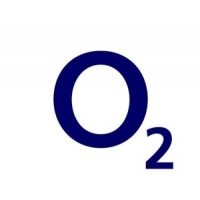 O2 and Be Broadband have seen their customer bases rise over the past year, according to the latest financial results from parent company Telefonica.

The Spanish telecoms giant revealed the number of properties receiving its wireline retail broadband service at the end of the three months to March 31st 2011 stood at around 700,000, representing a rise of six per cent year on year.

Growth was also seen in O2's mobile customer base, with subscriber numbers hitting 22.3 million, up four per cent on the corresponding period of 2010.

Almost half of its mobile broadband and phone users were signed up to contracts, with the pay-monthly segment enjoying a nine per cent surge compared to 12 months previously.

This growth helped Telefonica's UK arm generate revenues of just under €1.8 billion (£1.6 billion) during the quarter, up 5.3 per cent year on year.

Capital expenditure fell 3.2 per cent to €163 million, a result that Telefonica attributed to the ongoing programme of improvements to O2's network.

Measures such as the refarming of the 900MHz spectrum band helped to boost coverage and capacity, the company explained.

In March, O2 announced it had become the first UK carrier to activate the super-fast 3G 900MHz mobile broadband network, which offers a 50 per cent rise in bandwidth and 30 per cent faster downloads.

The service is now available in London and has already been deployed in a number of other key cities across England, including Birmingham, Leeds and Manchester.

Nigel Purdy, chief technology officer at O2, insisted the switch-on of 3G900 was just the latest development in a series of infrastructure upgrades.

"We've acted quickly to bring the benefits of 3G-over-900MHz spectrum to our customers and we're thrilled with the results," he added. "Quite simply, on O2's network, more customers can use more data and experience it quicker."