Need advice? Call our experts free on
0800 090 1342
Menu
You are here:  Home » News » Be Broadband apologises for line checker confusion 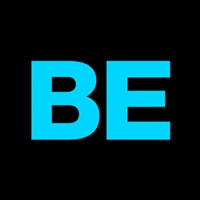 Be Broadband has apologised for any confusion caused by an issue with its line checker.

Internet service provider Andrews & Arnold (A&A) revealed it had received reports of prospective subscribers checking the availability of broadband in their area using the Be-powered facility, only to be contacted by a marketing company.

These cold calls resulted in agents attempting to sell the consumers O2 products, leading A&A to accuse the network operator - Be's parent company - of trying to steal its customers.

A statement on the official Be blog said the company has revised its processes to ensure the problem cannot reoccur in the future.

"The line checker technology is shared between O2 and Be. The information has been used in accordance with our privacy policy, although not as it was intended," it explained.

A&A insisted it has not accused O2 of carrying out any criminal activity, but insisted that if the reports are accurate then the carrier may have committed "an offence".