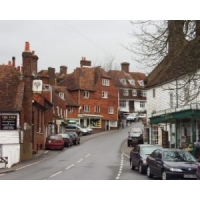 The residents of Long Melford in Suffolk are celebrating the announcement that the whole of the village will now be covered by superfast broadband connectivity in the coming months.

Work to deliver network improvements has already been completed in some parts of the village, but properties located north of Melford Hall had not been included in original plans for broadband improvements, the Suffolk Free Press reports.

This meant potentially hundreds of residents being left in the internet slow lane, despite some of the nearest neighbours having access to superfast connectivity.

However, following 14 months of campaigning and lobbying by local residents and district councillors, network provider BT has now agreed to cover the whole of the village with its next-generation services.

Jonathan Chown, business development specialist at Suffolk County Council, commented: "We currently expect that the upgrade will be completed and ready for service by September this year.

"The upgrade does still remain subject to the final amendments to survey and design, which should be completed within the next couple of months."