Monday, April 20th 2015
Tweet
Share
A Lincolnshire village is suffered a reduction in connectivity despite efforts to roll out new broadband services in the area. 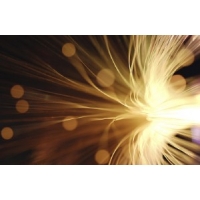 Residents of the Lincolnshire village of Metheringham Fen believe efforts to boost broadband speeds in their area may have made matters worse.

Following a programme of cabling installation in the area by BT, the Lincolnshire Echo reports many residents now claim their average broadband speed has in fact dropped.

As a result, local resident Tony Higgins has launched a new campaign to draw attention to the situation.

BT has now responded to the claims and stated the issues being faced by residents in the area could be due to the exceedingly long length of cabling required to bring broadband connectivity to the village.

A representative for the network provider added that engineers have repeatedly tested the lines and no technical fault has been identified, but the company remains aware of the situation and will be working closely with all those affected to find a solution.