Wednesday, April 8th 2015
Tweet
Share
Increased investment will be required to achieve a target of 99 per cent broadband coverage, BT has claimed. 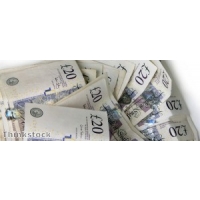 UK communications network provider BT has claimed the government's target of delivering 99 per cent coverage for superfast broadband in the years ahead will require additional investment if it is to be achieved.

BT Managing Director for Next Generation Access Bill Murphy stated that many rural areas are already feeling a bit behind the times in terms of not being included in the government's initial 95 per cent target for broadband coverage.

As a result, increasing coverage to 99 per cent is a positive step forward, but it is an aim that will come with a cost, with more money needed to be invested in broadband schemes either through fundraising or government coffers in the years ahead.

Mr Murphy described the rollout of next generation broadband access as akin to "rewiring the UK", but added that once this work is completed it could lead to an explosion in population movement - enabling people to live where they want to live.