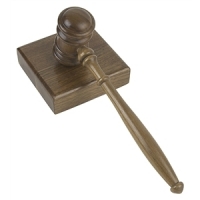 Clodagh Murphy of Eclipse Internet has said she is "thrilled" BT and TalkTalk won their appeal for a judicial review of the Digital Economy Act (DEA).

The internet service provider's (ISP's) business director told tech news site V3 she has concerns about the cost of implementing the legislation, claiming it effectively makes broadband companies the "police of the internet".

Under the act, ISPs would be forced to contribute towards the cost of contacting customers suspected of illegally downloading copyrighted material.

Ms Murphy compared this measure to a car dealer leasing a vehicle and being made responsible for ensuring the driver keeps within the speed limit.

"I feel like [the act] was rushed through for the wrong reasons," she remarked. "It's a sledgehammer to crack a nut and I just hope common sense will prevail."

TalkTalk also argued the DEA had been hurried through parliament, pointing out only six per cent of MPs attended the brief debate on the matter.