Thursday, March 28th 2013
Tweet
Share
Ofcom reveals that EE generated more complaints than any other broadband provider in the final quarter of 2012. 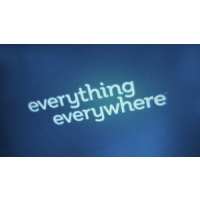 EE is the UK's most complained-about major broadband provider, according to new figures from Ofcom.

The telecoms regulator's latest complaints report, covering the fourth quarter of 2012, showed that EE - through its Orange home broadband service - attracted 0.7 complaints per 1,000 customers, up from 0.5 in the previous three-month period.

Complaints about Orange hit a peak in October, with Ofcom attributing this trend to the company's decision to remove its free broadband offer unless subscribers also agreed to sign up for its home phone service.

TalkTalk caused the second highest number of customer issues at 0.33 per 1,000 customers, although this number has been decreasing steadily since the fourth quarter of 2011.

When all companies are considered, the total complaint volumes dropped for the sixth successive quarter.

Claudio Pollack, director of Ofcom's consumer group, said: "It's encouraging to see a continuing decline in the total volume of complaints and we hope these figures will incentivise providers to further improve their performance."