Need advice? Call our experts free on
0800 090 1342
Menu
You are here:  Home » News » Everything Everywhere sees slump in broadband revenues

Thursday, April 28th 2011
Tweet
Share
The company blamed the fall in broadband income for its decline in year-on-year earnings. 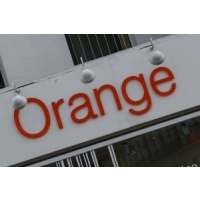 Everything Everywhere has blamed falling broadband and equipment income for the decline in revenues it suffered during the first quarter of 2011.

As well as its home broadband struggles, the telecoms firm's revenue slump was blamed on a change in its wholesale portfolio last April following a strategic review.

However, the financial publication was not all bad news. Proceeds from mobile services continued to grow, rising 1.6 per cent on the corresponding quarter of 2010.

Contract customer additions increased by 160,000 quarter on quarter, representing a rise of almost one million over the past 12 months.

Subscribers on post-paid agreements now make up 45 per cent of the Orange and T-Mobile user base, up from 41 per cent at the same time last year.

Churn continued on its long-term improvement, falling from 1.5 per cent to 1.3 per cent.

The carrier came fourth on the list of home internet providers, beating off the likes of Virgin Media, TalkTalk, BT and AOL.

It performed even better in the mobile broadband survey, finishing second behind O2 with a score of 629 from a possible 1,000 - ten points above the industry average.

Tom Alexander, chief executive of Everything Everywhere, said the creation of the UK's first "super-network" has given the company "significant momentum".

He added: "Despite a challenging competitive and economic environment, we've added 160,000 post-paid customers, sustaining growth in service revenues, up 1.6 per cent.

"It has also been a second successive quarter of strong growth in T-Mobile's contract customer base, following our investment in the brand."