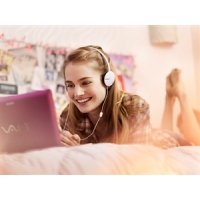 Having a faster home broadband connection would not encourage the majority of British consumers to watch more online TV, according to a new report.

A survey conducted by YouGov and Deloitte has revealed that 55 per cent of people would not turn to the internet to watch their favourite shows if the speed and reliability of their broadband improved.

Of those who currently make use of this facility, 43 per cent spend less than 15 minutes per day viewing programmes online, while 18 per cent do not use it at all.

Eight in ten people who do watch online TV do so because they missed the initial screening of the show.

Media and telecoms partner at Deloitte James Bates commented: "The data indicates that there may not be a direct link between faster broadband and the use of online video."

Ofcom recently announced that broadband speeds in the UK are increasing, rising to an average of 5.2Mb/s in May 2010 from 4.1Mb/s in April 2009.