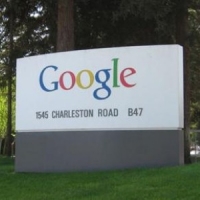 Google has launched a pioneering pilot scheme designed to bring broadband to rural communities via balloons.

The search engine giant's top secret initiative, dubbed Project Loon, is being carried out in the isolated New Zealand farming community of Geraldine.

One day, Google hopes to launch hundreds or even thousands of weather-style balloons, which would be free to move with the wind and steered by raising or dropping them into different air streams.

According to Wired, Geraldine resident and fourth-generation farmer Hayden MacKenzie - one of the trial participants - was contacted to take part in the scheme and told to sign a vow of silence before he had even found out what it involved.

Two men arrived later that day and affixed an antenna to the roof of his farmhouse to communicate with a similar device attached to a solar-powered balloon floating more than 60,000ft above sea level.

"It sounded crazy," Mr MacKenzie admitted. "But at the end of the day, you hope things will work out."