Need advice? Call our experts free on
0800 090 1342
Menu
You are here:  Home » News » Internet and broadband heroes and villains announced by ISPA

Internet and broadband heroes and villains announced by ISPA 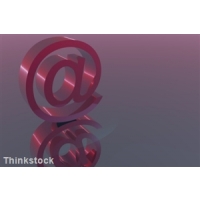 Opposition to the Digital Economy Act, which affects broadband providers and customers, has dominated the nominations for the 12th annual Internet Service Providers' Association (ISPA) Heroes and Villains awards.

Broadband bundle provider Eclipse Internet sponsors the Internet Hero award, which has seen nominations for some of the people involved in the rebuke of the Digital Economy Act.

Among the nominees for the Hero Award are Bridget Fox, who organised a grass-roots challenge to the act and MP Tom Watson who voted against the bill becoming an act.

Internet Villain nominees include Lord Mandelson and the entire UK Parliament for allowing the legislation to become law.

"It is therefore more important than ever to recognise those who have really made a positive impact on this sector."

Broadband bundle specialists including Orange, O2 and Virgin Media were recently announced as contenders in some of the other categories for the awards ceremony in July.