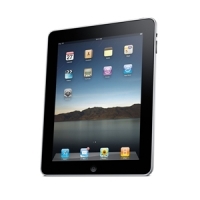 People wanting to access mobile broadband using their iPad may have to pay twice, it has emerged.

Users of the new touch-screen laptop who already have access to 3G mobile broadband with their iPhones or broadband dongles will not be able to use these with their iPad and be forced to pay extra if they want to have broadband on-the-go.

The iPad has been designed to use a special micro-SIM that will work only with the new device, meaning that it is not possible to transfer a SIM from an iPhone to an iPad.

The basic iPad at £429 comes with just Wi-Fi access, while models that include a micro-SIM allowing access to the 3G mobile broadband network start at £529.

Mobile broadband providers have announced pricing plans for iPad use. Orange and 3 both offer 10GB worth of downloads for £25 and £15 a month respectively.