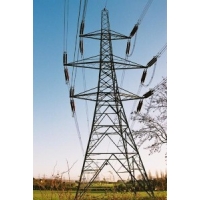 A super-fast broadband service that delivers web connections to properties via electricity lines is set to be trialled in Liverpool.

Some 1,200 households in the area will receive their home broadband in this manner, reports the Liverpool Daily Post, which revealed smart meters are an important element of the strategy.

Low carbon economy manager for The Mersey Partnership Mark Knowles explained these devices will be fitted at the pilot properties in spring 2011 and will pave the way for broadband to be delivered through the power lines.

The technology will enable download speeds of up to 200Mbps, around ten times faster than the capacity currently received in the area.

It is also almost 40 times the speed of the UK's national average figure of 5.2Mbps, which was recorded by telecoms watchdog Ofcom back in May.

"This is another option to deliver super-fast broadband without having to dig up streets," Mr Knowles commented, adding the scheme could lead to the creation of hundreds of jobs.