Tuesday, February 23rd 2010
Tweet
Share
Virgin Media users will be able to surf the web anywhere in the EU with its new Travel Passes bundle. 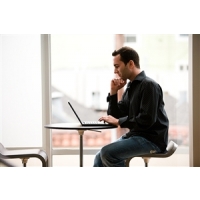 Mobile internet users who are signed up with leading broadband provider Virgin Media could benefit from a new deal that will allow them to surf the web from anywhere in the European Union (EU).

Its Travel Passes have been designed to allow customers to use mobile internet and mobile broadband from £6 and £10 respectively.

Jonathan Kini, director of mobile at Virgin Media, emphasised the ease of use this would provide to customers on holiday, as they would never need to worry about getting access to the web when abroad.

He said: "Whether it's searching for the best pizzeria in Rome on your mobile or uploading photos onto Facebook with a laptop and mobile broadband, customers now have control over what they spend on holiday."

Earlier this month, Virgin Media announced the launch of its new business service, a broadband bundle offering companies a highly-personalised service with regionally-based account teams on hand to manage their needs.

Broadband boost for Brentwood parishes
2nd February 2015
Several areas of Brentwood are to receive a boost to connectivity in the months ahead.
Tech City broadband boost announced
23rd January 2015
Businesses at London's Tech City are to receive an increase in broadband connectivity.
Improvement in broadband satisfaction revealed
16th December 2014
Levels of satisfaction have improved in recent months for the UK broadband sector.
Majority of Brits 'happy with broadband services'
30th January 2015
The vast majority of broadband users in the UK are satisfied with the level of service they receive.
Major ISPs force customers to decide on porn filters
2nd January 2015
Existing customers must now choose whether or not to activate adult content blocks.
Virgin Media business targets small firms with new broadband packages
24th September 2014
Three new broadband packages have been launched by Virgin Media Business.