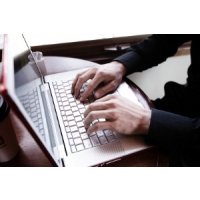 A Lake District politician has renewed his campaign to ensure broadband services in the area do not fall further behind other areas of the UK.

Tim Farron, the Liberal Democrat MP for Westmorland and Lonsdale, claimed Cumbria deserves to be the first region of the country to receive a full 4G mobile broadband rollout.

He has also said that Cumbria County Council must make sure its current super-fast broadband project does not turn into a white elephant, the North-West Evening Mail reports.

"I am keen to work with the county council to make the broadband project a success, but we need to know what can be expected for communities like Garsdale, Longsleddale or the Langdales," Mr Farron commented.

The MP said areas such as this require a "guaranteed minimum speed" rather than target figures.

Last year, Cumbria was named alongside Herefordshire, North Yorkshire and the Highlands and Islands in Scotland as a pilot scheme for the government's rollout of super-fast broadband networks in rural areas.

However, the Countryside Alliance criticised the lack of progress made by all four pilots in December 2011.

After sending freedom of information requests, the rural campaign group discovered that none of the local authorities had moved past the procurement phase and started work on their projects.

It suggested that broadband rollout money pledged by the coalition will be "worthless" unless steps are taken to simplify the process of implementing such projects.

Sarah Lee, head of policy for the Countryside Alliance, told the Guardian earlier this month that councils may be under too much pressure to deliver the technology.

"You get experts in to deliver your gas and electricity, but we're basically now asking local authorities to be broadband providers. They're starting from scratch and that's a hell of an ask," she commented.