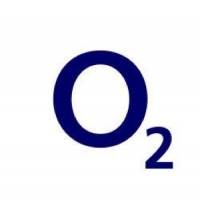 Under the deal, NSN will carry out a programme of modernisation works on the mobile broadband provider's radio network, with the project designed to increase capacity, coverage and performance.

Approximately two-thirds of O2's 3G access network, covering the south of England, will be provided by the telecommunications services company.

Flexi Multiradio Base Station technology, which is capable of supporting the next generation of fast mobile broadband connections, will be supplied by NSN.

Nigel Purdy, chief technology officer at O2 UK, explained smartphone users are keen to be able to stay connected to the carrier's network at all times and want to make use of high-speed data.

"We are committed to providing our radio equipment to power O2's great network," added Rob Stent, head of the customer team for Telefonica O2 UK at NSN.

Despite this announcement, O2's new business development director Tim Sefton told TechRadar last week that 4G networks are still likely to be "years rather than months" away.