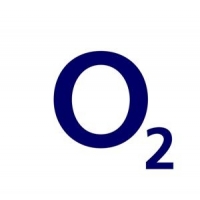 O2 broadband bundles have topped a recent survey of the best-performing UK networks.

Research carried out by network specialists SIRODA has found that the company provided the fastest average web page access in London, at 1.7 seconds.

This is approximately 30 per cent quicker than the slowest operator, it found, although the results outside the London were less conclusive.

Home users searching for the company which offers them the fastest music track download times are also being advised to look at leading broadband provider O2, as it had the fastest speeds in 12 out of 20 UK cities.

Simon Page, speaking on behalf of SIRODA, said: "Networks have seen an enormous growth in data traffic in recent months and consumer interest in network quality has grown accordingly."

Earlier this month, O2 and BT announced that they would spend the next five years consolidating O2's mobile and fixed-core networks into a single cost-effective network based on the 21st Century Network platform.