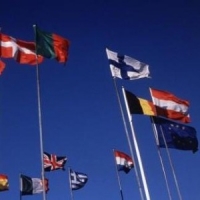 The proportion of European households connected to broadband has surged over the last six years, according to new figures from Eurostat.

This increase is more significant than the upturn in overall internet provision and usage, which rose from just under half of all households to over three-quarters during the study period.

When every member state is taken into account, at least one home out of every two has a broadband connection, with the largest share of high-speed internet services recorded in Sweden (87 per cent).

Denmark and Finland were named in joint second place for broadband uptake with 85 per cent, followed closely by The Netherlands (83 per cent), Germany (82 per cent) and the UK (80 per cent).

Eurostat also discovered that more than half of EU27 internet users post messages to social media sites and over 60 per cent read online news.