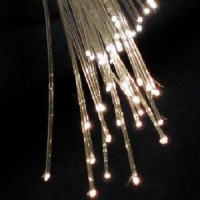 A new development at Wembley Park in London is offering what could arguably be the fastest broadband in the UK.

Residents are being guaranteed upload and download speeds of 1 Gbps following the installation of new dedicated fibre optics for the 475 properties, the Brent & Kilburn Times reports.

It means households at the site can now benefit from transfer rates that are more than ten times faster than the top benchmarked locations by comparison provider uSwitch, which recently highlighted a street in Cannock, Staffordshire as offering the fastest average speed in the UK at 70 Mbps.

Carrie Webster, a resident of the new Wembley Park development, told the news provider: "Moving into a flat with broadband already wired in was great. This kind of speed is brilliant as well.

"I can stream films and surf the net at the same time and never worry about the connection dropping out."