Need advice? Call our experts free on
0800 090 1342
Menu
You are here:  Home » News » Aberconwy and Llandudno added to the broadband fast lane

Aberconwy and Llandudno added to the broadband fast lane

Thursday, January 22nd 2015
Tweet
Share
The latest areas to have been covered by the Superfast Cymru project are Aberconwy and Llandudno. 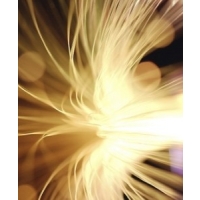 Aberconwy and Llandudno have become latest areas of Wales to have been joined up to new superfast broadband networks through the ongoing efforts of the Superfast Cymru project.

A partnership between the Welsh Assembly Government, UK government, the European Regional Development Fund and BT, News North Wales reports Superfast Cymru has the ambitious target of achieving superfast services for 96 per cent of Welsh areas by the middle of next year.

It is therefore extremely positive news that the scheme continues to bring high-speed network improvements to parts of the country that until now have been languishing with slower than optimal internet connectivity.

Julie James, Deputy Minister for Skills and Technology at the Welsh Assembly, commented: "We are committed to seeing Wales become a truly digital nation and the Superfast Cymru scheme is playing a vital role in helping us become one of the most connected countries in the world by spring 2016."