Thursday, May 7th 2015
Tweet
Share
Ongoing growth in broadband connections to homes and businesses is taking place in the UK. 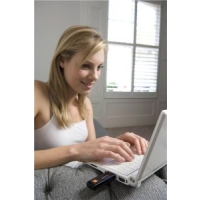 New figures published by UK communications industry regulator Ofcom have revealed the massive number of superfast broadband connections to homes and businesses that are now up and running across the UK.

According to the body's data, there were 23.73 million connections capable of delivering download rates of up to 20 Mbps or more top residential and small business properties as of the end of of 2014.

Copper ADSL made up the bulk of broadband connections across the country at 15.58 million, while cable subscribers accounted for 4.54 million.

While still the lowest proportion overall, fibre optic connections continued to be the strongest growth area for the sector, with 3.65 million overall and making up 281,000 of all new connections in the final quarter of last year.