Tuesday, February 7th 2012
Tweet
Share
The third HYLAS broadband satellite will be launched by Avanti, in partnership with the European Space Agency. 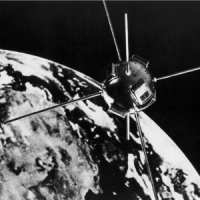 Avanti Communications has managed to raise almost £75 million to finance the design, construction and launch of its third broadband satellite.

The orbiter, known as HYLAS 3, will offer up to 4GHz of Ka band capacity configured across eight beams, providing broadband coverage to an area around the same size as southern Africa.

Provided it manages to raise sufficient money for the project, Avanti is set to deliver the new satellite into orbit in 2015 and is expecting to see "strong demand" for the capacity offered by HYLAS 3.

The satellite operator explained the flexibility of coverage provided by the orbiter's steerable beam will attract the interest of international and institutional customers, who would benefit from the ability to move the reach of the service around across a wide geographical area.

Furthermore, Avanti argued the additional capacity would give "greater credibility" to the company's existing product and provide a growth path for current customers, while giving it the opportunity to move capacity between different regions in order to maximise prices and manage the efficiency of its satellite fleet.

In launching the new satellite, Avanti is partnering with the European Space Agency - a move it claims will mean the cost of the project per GHz of capacity is more than 40 per cent cheaper than HYLAS 2.

"The advantage of pursuing the development of HYLAS 3 in this manner is that it would provide additional capacity at a lower risk and considerably lower price than the capacity derived from both HYLAS 1 and HYLAS 2, and that no further debt would be required for HYLAS 3," the company said in a statement.

John Brackenbury, chairman of Avanti Communications, expressed his delight that the operator had managed to secure the necessary capital for the project, which he insisted will deliver "attractive returns, flexible capacity and a low risk profile".