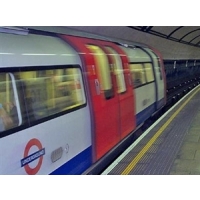 The Northern line and Bakerloo line platforms at Charing Cross Tube station will become the latest BT Openzone hotspot, allowing passengers to connect to the web during their journey.

People will also be able to access the service in the station's ticket hall area, with live news updates from Transport for London available to all users of the Wi-Fi network.

Anyone with a wireless-enabled laptop, smartphone or tablet computer will be able to go online as they pass through the station.

"With the launch of this trial at Charing Cross, we are now giving commuters the chance to enjoy the UK's biggest Wi-Fi network," commented Chris Bruce, chief executive of BT Openzone.

Richard Parry, strategy and commercial director for London Underground, said the station deals with about 68,000 passenger journeys each day.

Earlier this week, engineers from BT warned that outdated home hardware could cause problems with the delivery of high-speed broadband services to some British residences.