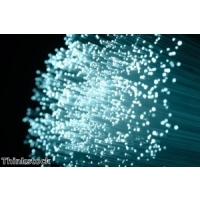 UK broadband provider BT has announced plans to carry out a trial in Swansea for the firm's new 500 Mbps ultrafast broadband infrastructure.

Known as G.fast, the new network technology has already undergone previous tests in Huntingdon, Cambridgeshire and the Newcastle suburb of Gosforth.

However, this third assessment will be on a smaller scale to the previous 2,000 homes and businesses that have been covered by the scheme, with a focus on ensuring the technology can deliver on its promised enhanced connectivity in a range of challenging environments.

Lab tests have clocked G.fast networks at speeds of up to 696 Mbps.

BT's chief network architect Neil McRae commented: "We are aggressively pursuing further industry standards to improve the rate vs reach of G.fast and enable new kit to be developed."

He added that the new G.fast network will initially provide download speeds to consumers around the 100 Mbps mark, before rising to the aforementioned 500 Mbps over the next ten years.

Shetland speeds 'limited by high demand'
18th May 2015
High levels of demand are impacting broadband services in the Shetlands.
Latest phase revealed for Scottish broadband rollout
21st April 2015
The latest plans to roll out superfast broadband in Scotland have been announced.
Broadband celebrations in Long Melford
13th April 2015
A Suffolk village has received a considerable boost to its future connectivity.
Broadband resolution for King's Reach residents
27th April 2015
An issue affecting broadband in Biggleswade has now been addressed.
Broadband woes for Lincs village
20th April 2015
A Lincolnshire village is suffered a reduction in connectivity despite efforts to roll out new broadband services in the area.
BT: 99% target will require greater investment
8th April 2015
Increased investment will be required to achieve a target of 99 per cent broadband coverage, BT has claimed.