Monday, February 21st 2011
Tweet
Share
Some 90 per cent of smartphone owners want to be able to ring these help centres in the future. 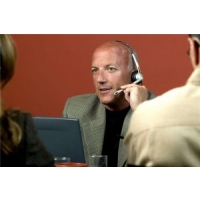 BT has revealed the vast majority of consumers are keen for companies to continue running customer service call centres.

A study conducted by the telecoms giant and enterprise communications firm Avaya found 90 per cent of smartphone users expect to continue dialling these support numbers in the future.

However, the survey also found a significant number of call centres are failing to deal with queries in an effective manner.

More than two-thirds of respondents said they thought agents have been in a rush to get them off the phone as quickly as possible.

And nine in ten high-earning consumers were told they may be better off accessing a company's website to answer their questions.

Andrew Small, global head of customer relationship management at BT Global Services, said: "This survey shows how vital it is for contact centres to have a pool of highly trained agents who are capable of solving complex issues."

In December 2010, BT announced Laurie Mitchell - an operator from its Bangor call centre - has dealt with more than a million queries in his 30 years with the broadband bundle provider.