Monday, March 28th 2011
Tweet
Share
The cities are struggling with connections that are around half the Scottish average. 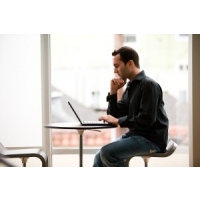 Business leaders in two Scottish cities have hit out at their broadband speeds, claiming they are around half as fast as the average connection.

Inverness and Aberdeen's typical speeds stand at 3.3Mbps and 3.89Mbps respectively, the Press and Journal reports, while the figure for Scotland as a whole is 6.27Mbps.

Chief executive of Inverness Chamber of Commerce Steve Nicol said the internet should provide a level playing field for companies in the area to compete globally.

But he argued: "Instead, it seems we are now being isolated through technology.

"Half the speed of places like Dundee isn't good enough."

An Aberdeen and Grampian Chamber of Commerce spokeswoman added fast broadband is vital to local businesses given the city's geographic location.

According to Ofcom, the average broadband speed across the UK as a whole in November and December 2010 was 6.2Mbps, up from 5.2Mbps in May.

The typical rate advertised by providers was found to be more than double that figure at 13.8Mbps.