Thursday, May 14th 2015
Tweet
Share
A major investment in broadband for Hertfordshire and Buckinghamshire residents has been announced. 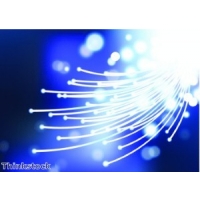 A multi-million pound cash boost has been announced for the ongoing Connected Counties initiative - a scheme being operated by Hertfordshire and Buckinghamshire county councils in partnership with BT.

The project is to benefit from an additional £13.9 million in funding that will ensure 90 per cent of properties across the two counties are able to receive superfast broadband services by March next year, the Watford Observer reports.

Following this landmark, the scheme will then move into a second phase of targeting 98 per cent coverage by April 2019.

Hertfordshire County Council Cabinet Member for Enterprise Chris Hayward told the news provider: "This investment in superfast broadband is good news for everybody in the county.

"It's important infrastructure that will show everyday benefits for thousands of homes and businesses."

The project forms part of ongoing efforts across the country to deliver next-generation online services - something all of the main political parties committed to supporting in the run-up to the recent general election.