Friday, March 13th 2015
Tweet
Share
Investment in the latest digital technologies could have far-reaching benefits for the UK economy. 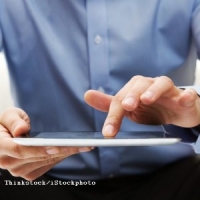 The introduction of the latest digital technologies and supporting superfast broadband infrastructure in the UK could add billions of pounds to the national economy in the years ahead, a new report has predicted.

According to the results of the inaugural Digital Density Index from Accenture, the UK ranks fifth in the world - behind the Netherlands, the US, Sweden and South Korea - for the penetration of digital tech into both businesses and the home.

Its findings are based upon 50 individual factors, including the use of cloud or other technologies to streamline processes, the pervasiveness of technology skills and access to superfast broadband networks.

The report revealed that while the UK is up there with the best in terms of digital uptake at present, addressing present shortfalls in penetration could help to boost the national economy by a further £38 billion a year.

Overall, increased efforts to harness the advantages of increased digital penetration for the top ten nations was highlighted as having the potential to bolster the global economy by up to £900 billion.