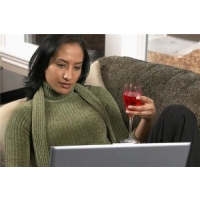 The global number of fixed-line broadband subscriptions surpassed the half-a-billion mark in 2010, according to the International Telecommunications Union (ITU).

Head of the UN body Hamadoun Toure revealed the amount of people signed up to one of these packages rose to 550 million last year, while mobile broadband lines surged to 940 million.

However, not all areas of the worldwide telecoms industry enjoyed such positive results, with home phone connections declining to 1.2 billion.

In total, some 2.08 billion consumers were internet users at the end of the year, the organisation claimed, up from 1.86 billion when the study was carried out 12 months earlier.

This means around one in three of the world's population is now able to get online, with 57 per cent of those with access living in developing nations.

Last October, the ITU predicted the two billion milestone would be achieved by the end of the year, pointing out the number of internet users had doubled since 2005.