Monday, March 25th 2013
Tweet
Share
A Powys town has been rated as one of the most tech-savvy in the UK. 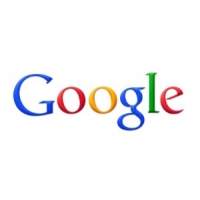 Newtown in Powys has been named as one of the UK's most tech-savvy towns, despite only recently being regarded as a broadband notspot.

Search engine giant Google has bestowed eTown status upon Newtown after analysing a range of factors and awarding it the highest score in the region. In fact, Newtown was rated as the most technologically advanced town in the whole of Wales and 11th across the UK.

Graham Morgan, director of the Newtown-based Mid Wales Chamber of Commerce, admitted that business leaders he had spoken to were more than a little surprised at the accolade.

He told BBC News: "The eTowns status is good news for those businesses looking to relocate to cheaper premises knowing that Newtown is actively embracing the web."

Stratford-upon-Avon came top in Google's UK rankings, which assessed the online strength of businesses in 1,300 towns across the country.