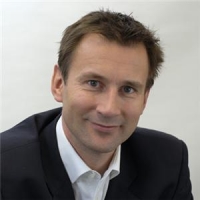 The government's plans for connecting the remaining UK households with no broadband access to the internet could be unveiled before Christmas.

Tech news provider Computer Weekly noted that 160,000 homes across the country are not hooked up to broadband, a situation which policymakers are keen to resolve.

Culture secretary Jeremy Hunt recently revealed it will not be long until the Conservative-Liberal Democrat coalition unveils its proposals to tackle the issue.

"Before Christmas, we will be announcing a policy that we believe will solve the big question of how we deal with the homes that are not able to get access to broadband," Mr Hunt remarked.

He added properties that are unable to access the web at "reasonable speeds" will also be covered by the plans.

Earlier this month, the European Commission's vice president for the digital agenda Neelie Kroes said the entire population of all member states should be able to access broadband by 2020.